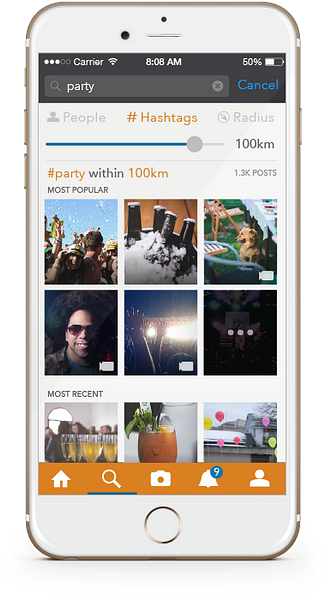 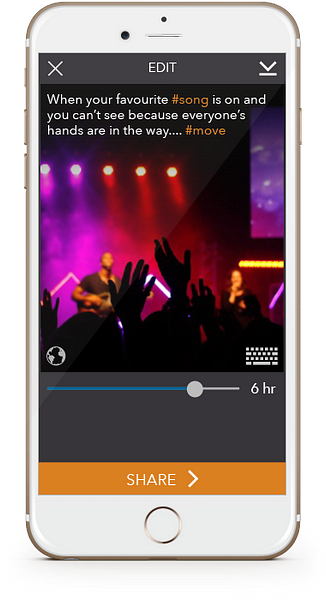 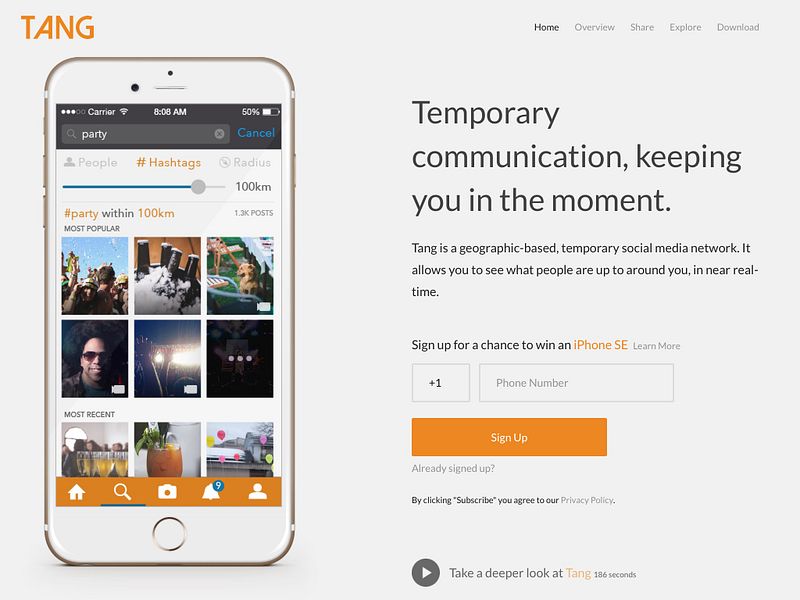 Tang is a geographic, temporary social media network that allows users to see what others are up to. Users post photos or 10-second videos, and set a time limit to those posts between 2 minutes and 48 hours. From there, they add captions and hashtags and share the post with the world.

Users searching for posts can search via hashtags, by geographic radius, or both. Imagine searching #party within 5km. 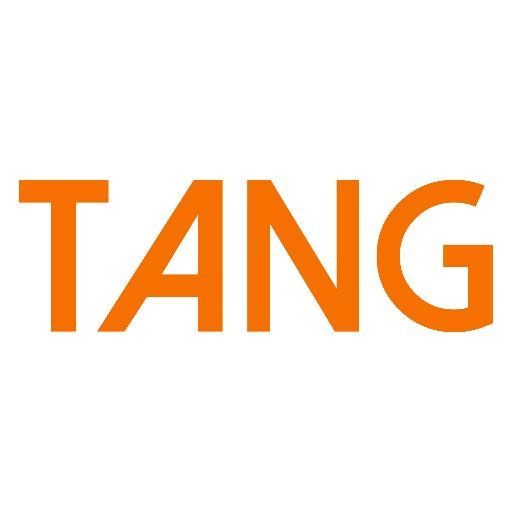 Just wanted to fill you in on our backgrounds, how we came up with Tang, and really, why it differentiates from our obvious competition (Snapchat, Instagram). So here we go...

Brad Williamson (the one writing this), business guy, marketer, co-founder, CEO @ Tang. I went to school for Marketing and Management, and then caught the entrepreneurial bug during my minor in Innovation & Entrepreneurship. I've always been the guy testing and trying out new ventures, but this is the first big, well-validated concept that I've personally been involved in. Since the very end of March, when our new pre-launch website has gone live, over 500 people have signed up for Tang (including just phone number sign-ups), and we are headed down to San Francisco in 13 days to enter an accelerator program. Exciting times for us!

Jamie Bertram (the guy who is too busy writing code, so I'm writing this for him), is the CTO @ Tang. He went to school for Software Engineering. He loves Indian food, so when we skip town for business (like we are very soon here), we're undoubtedly going to find some hole-in-the-wall Indian restaurant with poor service and highly authentic cuisine. On top of that, Jamie loves to sing and is in a number of vocal groups in Calgary.

Also, we've been buds since Y2K, which is cool considering now, 16 years later, we run a business together.

Tang became an idea in May 2015 when my roommate and I were watching the Calgary Flames (NHL) win a playoff game. There's a street where everyone parties on after Flames wins called the Red Mile, but it was also a Tuesday, so we didn't know if anyone would be down there. What happened was I hopped on Instagram, searched #redmile, and found a 2-week old post, and at #tbt to 2004. Useless. So I went on Snapchat, looked at friends stories, and none of my friends were on the Red Mile. We found ourselves wishing for an open, geographic alternative to snapchat, where posts were still temporary, but you could search for anyone's content. The light bulb went off, and that was the beginning of Tang.

The concept of where Tang fits in the market is simple. People want to share content that needs to remain temporary (for whatever reason, too silly, pushes the envelope too much, maybe it ACTUALLY depicts their real lifestyle), but the content deserves to be seen by an audience larger than just friends, but it also can't be posted on permanent social media networks (like Instagram or Facebook).

Anyway, any feedback/comments/questions are highly appreciated, so shoot away! 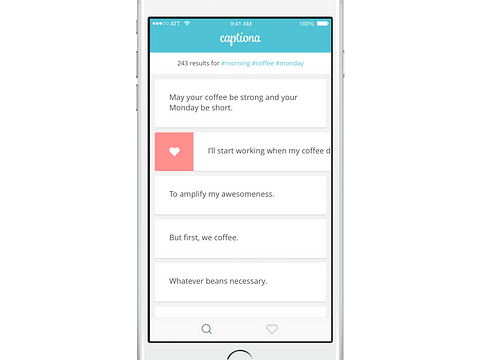 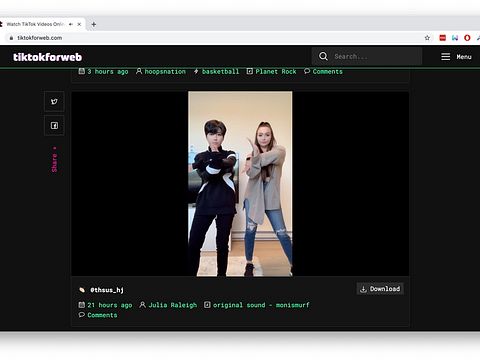 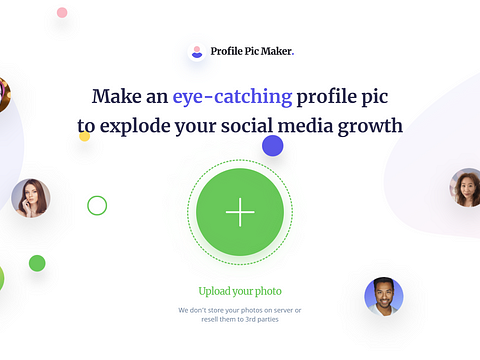