A web player for Apple Music 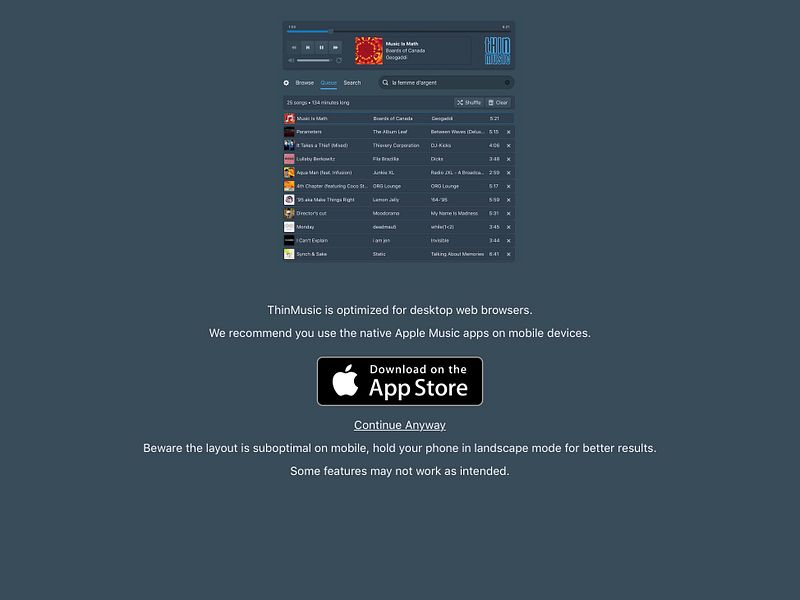 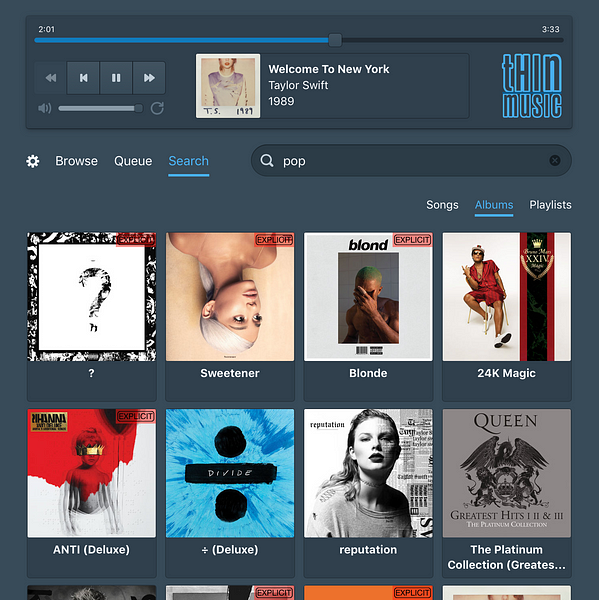 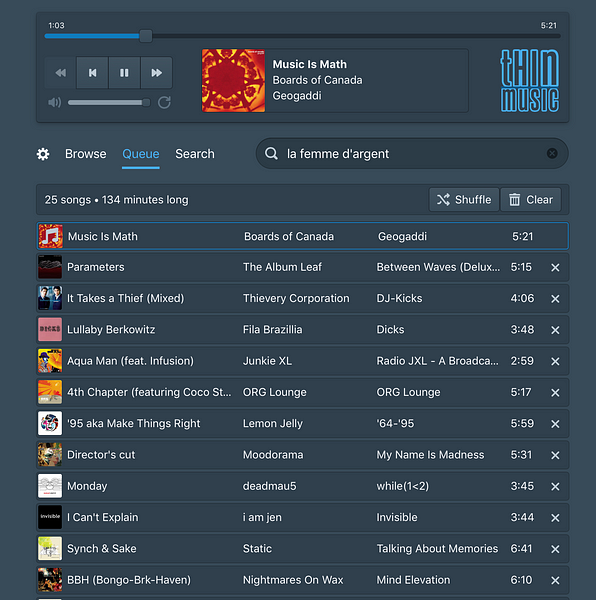 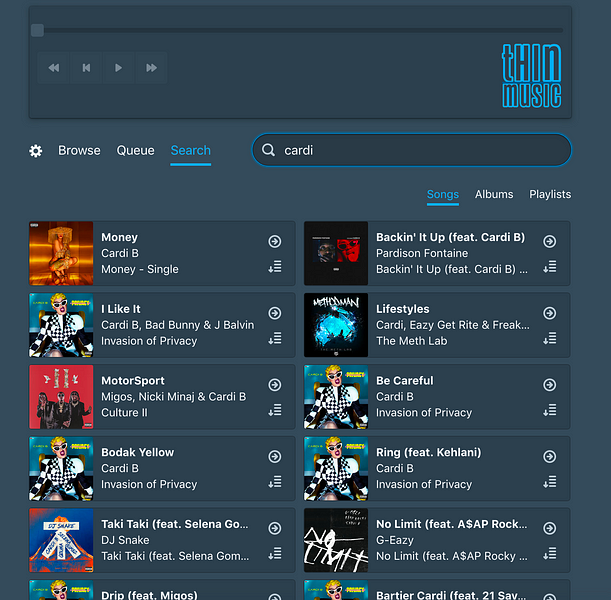 A web player for Apple Music

ThinMusic is a web app that lets users play their entire Apple Music library right in the browser. This makes Apple Music accessible to Linux users, on devices like the new Facebook Portal which ships with a web browser but no native Apple Music integration, and others who are unable to install iTunes or the native mobile apps for any reason

ThinMusic also supports "scrobbling" tracks to last.fm, which has been a hard thing to do in the past due to the lack of an extensible API. If you're an Apple Music subscriber, check it out, and hope you like it! 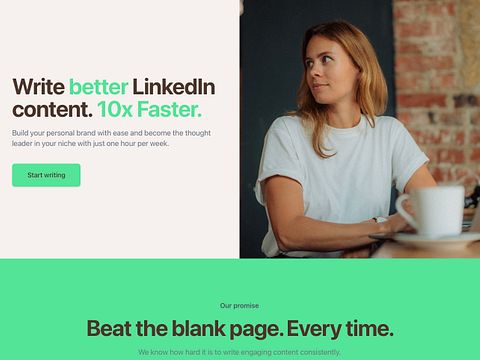 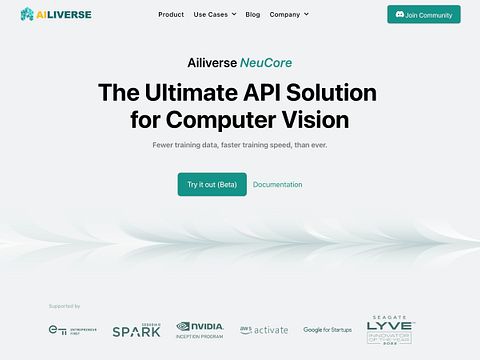