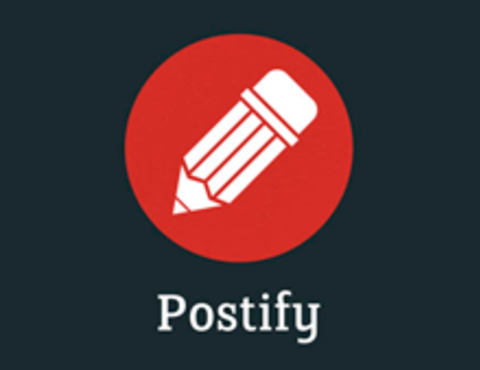 Zach Sil (15) and Adrian Kenny (18) are working on a new blogging service powered by Twitter. They dubbed it Postify and are planning to go head on with Tumblr. Read all about it in this exclusive interview.

Please tell us a little bit about yourself

Zach: I'm a young web developer and 15 years old. I enjoy making web applications for fun, rather than getting paid for it.

What is Postify and how did it get started?

Postify is a blogging platform built with the power of Twitter. We jumped on the opportunity to make a new social blogging platform after Tumblr's recent downtimes. Postify will be tightly integrated with Twitter. One way would be to pull in comments on posts via Twitter. We also have many more ideas but do not want to give them away just yet.

Since you guys are quite young, are you planning to build Postify into a real company where you'll focus on it full-time (after finishing school I assume), or is it more like a side project?

That really depends on how well Postify does in the beginning. If we get many users and many people that like our service then we will definitely make it into a real company. It just depends on what happens.

You're building your startup on top of Twitter and thus are completely dependent on it. Don't you think this is a risky strategy?

We both agree that Twitter isn't going to be going away any time soon. We think that Twitter is a great social platform and tying that into Postify will only make it easier for our users. Plus, just about everyone that wants a blog has a Twitter account. This will take out the need of sign ups.

Good point! – Even though you have a low barrier-of-entry, you still need to get people to your site. How will you do this? Are you leveraging the inherent virality of Twitter in special anyway?

So far we have been tweeting from @postify as our main way of gaining users. We have also been posting questions, screenshots, and more on sites like Forrst.com and Dribbble.com. As of this day we already got 150 sign ups.

Who are its competitors and how does Postify differentiate itself?

Our main competitor is Tumblr. Our service plans to be better by becoming the most socially integrated blogging platform out there. We want to be up 99% of the time too, unlike Tumblr.

Twitter is known for its downtime as well, so much so they even have a name for it (the fail whale). Will Postify still be accessible when Twitter is down?

There are a lot of different blogging platforms out there. Some call Twitter a micro-blogging platform, although it has a complete different feature-set than for example WordPress. What's Postify's definition of blogging?

If it's under 140 characters Postify will tell you something like "That's too short! You Should tweet that." and you can click it to tweet your message instead of posting it to Postify. Anything over 140 characters is good for Postify!

Want to be the first to know when Postify launches? Sign up here