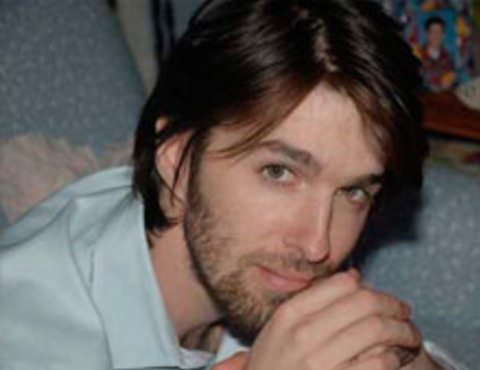 In this interview with Tom Williams we'll take a look at his upcoming experiment in the 'reputation graph'-realm which will go live tomorrow during the LAUNCH Conference.

Who is Tom Williams?

An entrepreneur from British Columbia Canada. In 2004, I started Canada's first micro-philanthropy website www.givemeaning.com which I still work for as a volunteer. It raises funds for specific charitable projects around the world.

While at GiveMeaning, I started to see the problems associated with too much information coming from too many people. I developed an intellectual curiosity about ways that technology could be used to identify the most credible people on particular topics.

Last year, I began exploring the concept of the "reputation graph" in earnest and www.themostlist.com is the first experiment we're launching in this space.

1) a way to record what you think of the people you meet offline.
2) a ranked list of the most interesting people in a particular place at a particular time.

The site will be live at the LAUNCH Conference on Wed & Thurs of this week.

We're focusing on one question for now "who is the interesting at this place?" and the user experience is very simple. Behind the scenes, there is the beginning of an algorithm that is analyzing each user's expressions and building the ranked mostlist based on this algorithm. We're expecting we'll be getting a fair amount of it wrong but we hope that when users are looking at the list, the rankings won't look totally out of place.

What will be live is true minimum viable product. We call it an experiment because what we've built is what we hope is just enough to test the core concepts we're excited about. We hope that anyone attending LAUNCH will sign-up and use the site on Wednesday & Thursday. People can sign-up at www.themostlist.com

Could you share a bit more on how it works? (also for the people who won't attend LAUNCH)

themostlist displays a list of anyone who has tweeted with the #L11 hashtag (the official hashtag for the launch conference). It then allows users to mark an attendee as "interesting" by simply clicking on their name. We also show all tweets using the hashtag and allow users to mark individual tweets as interesting.

themostlist displays the 50 most interesting people using an algorithm we have developed. If you don't agree with our ranking, we provide you your own list that you can re-order to keep track of who you think is most interesting.

With tweets, we display the traditional time view, as well as an ordered list of the most interesting tweets.

I think a lot of people will agree with you they are getting way too much information online and nobody really has found a good solution to filtering this although many companies are trying. What do you think will be the future of information consumption?

I thought we'd all be in jetsons-like pods by now, so I have no credibility in predicting the future. The trends I see right now that might shape our near-future are things like human curation, compression of information, and signal/noise filtering. The only prediction I'll make is that I think that the fluidity of information and knowledge will only increase in speed.

Do you have plans to turn themostlist in a for-profit company or will it be just an experiment?

We really haven't planned beyond the experiment but we all hope that this will set a plan in place for BuzzBeacon (our corporate name) to somehow build on what we learn from this experiment.

How can people help you out with this experiment?

Anyone not attending launch can sign-up at www.themostlist.com for an update on how the experiment went and to learn about future public experiments. You can also follow us @themostlist or me personally @tomwilliams.

Thanks Tom! Looking forward to tomorrow :)