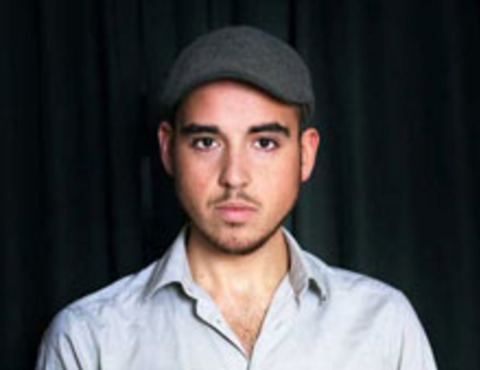 In today's interview with Dutch entrepreneur and designer Renato Valdés Olmos we'll take a look at his company E and the future of a 200-year old medium that is about to make the transition to digital: the business card.

Please introduce yourself to our readers.

My name is Renato Valdés Olmos, and I'm E's co-founder and CEO. E allows you to share a digital business card with anyone within a few taps on your phone. Our Cardcloud takes care of all new people you meet, disregarding whether or not they have our app installed. With E, you can leave your office without worrying about printing business cards.

Before E, I co-founded Postmachina, a design firm focusing on brands and user interfaces.

From what I understand the process from the initial idea to today's E was a bumpy ride with some tough decisions. Can you tell us a bit on how the idea started out and how it lead to what E is today?

My co-founder Paul and me started E during our Master's graduation year: this was before the launch of the iPhone and Android phones, and mainstream mobile app success. The easiest way to share your vCard from device to device was by enabling bluetooth on your Nokia N72, and digging through a deep hierarchy of menu levels before being able to send it. A process that took several minutes.

As an answer to this, we developed a NFC/RFID-based USB keychain device that allowed for a fast and single transfer of contact details within seconds. The Connector was something we worked on very long and hard - and invested many tens of thousands of our bootstrapped Euros in - but eventually failed due to many reasons. Apart from the high production costs of hardware -which made fundraising extremely difficult- the smartphone market was really exploding thanks to the success of Apple and Google. With our backgrounds in UI/UX/Service design, it was obvious we'd have to focus on developing software instead of hardware. But the most important reasoning behind the decision to kill off Connector was an essential design error:

When I give you a paper business card you don't have to give one back to me, and we'd still be 'connected' in some way. This 'single-player' mode makes the business card such an effective tool (apart from the easy gesture). With hardware (and our competitor's apps) you will require a significant mass for the product to become interesting. In other words, you treat it as a social network of some kind. Our products start out as a tool that's useful for the single individual (without all the downsides of paper cards). You shouldn't be assuming everybody's got your app installed. You want to share your contact information and part of your identity with anyone. Our new apps make that possible: recipients don't need our apps or an account to get your contact info. And that's what's really working.

You and the E team seem to have a very strong design background. What role does design play for E?

It's extremely important to be able to offer a great user experience when you're building big tech. The system we've designed to take in new users and handle new contact information, store geolocation for all interactions, etc is quite sophisticated. Us geeks love what's behind it, but a general user doesn't care what makes the product work as long as it does work. Having a strong sense of how to get a UI out of the way is extremely important, and we stress those details as much as we can. Let me give you a practical example:

As of this moment, the new version of E is young and not even as efficient as we're making it within the next couple of months - but design is in the culture of our company. Our CTO, Joris Kluivers, is a brilliant engineer who also understands the importance of fine UI design (a rare quality that we're very lucky with). One of the challenges we're currently facing is lining up the new iteration of the iPhone app with our impending Android app: creating a consistent user experience cross platform isn't just achieved by eye candy. Joris is pushing the boundaries of Android app development to create UX similar to iOS' elegance, while staying within Android's UI conventions and our product's base: the card metaphor.

Although I know quite some people using E and similar services, exchanging digital business cards hasn't really become mainstream yet. Are we waiting for technology such as Near-Field Communication (NFC) to become ubiquitously available or is it something else?

As I mentioned before, users don't really care what's making their products work. NFC is a fantastic technology that we've been exploring for quite some time now and could possibly end up in our apps. But it won't solve the business card problem.

Digital business cards are definitely emerging as we see a flurry of players entering this field, but the reason that it hasn't been adopted massively yet is not because NFC hasn't been ubiquitously implemented. It's because none of the apps offer a user experience as simple and easy as handing out business cards. This gesture is the essence of the success of cards (apart from the fact that business cards have been in use for about 200 years), and we're working hard to offer a similar experience, while leveraging the business card to a next level by recording as much contextual information around new connections you make. Also, not a problem that will be solved overnight.

How do you keep a beginner's mind when designing this user experience?

That's always a tough subject. This is where testing comes in. We started out with a simple card metaphor, as that's what's most recognizable in the real world. In essence, what's being transferred is a vCard with a visual data layer containing contextual information about that particular interaction. The way that's being accessed is something that will keep changing as we get user feedback and make our own adjustments to the product. It's practically impossible to define a clear interaction pattern for a product that has such a broad type of user profiles. The trick is to find a middle road, suitable for both beginners and experienced users, and iterate.

The idea of not requiring the receiving party to sign up for your service is an intriguing concept. Do you think a similar approach would work for a public-facing network like LinkedIn? In other words: can we expect an 'E network' in the future?

We're collecting a really interesting dataset at the moment, as we store contact information, social networking profiles, notes, timestamps and geolocation. The main objective for us on a short term is to make sure our users are completely comfortable replacing their paper cards with our app, and see the benefits that a completely paperless solution has over the traditional method. We've only just touched the surface of this in terms of functionality and user experience, and want to get this right first. User behavior will drive the use case for a more advanced network: right now, when users update their contact info on the cards they've shared recipients (who've signed up) get an auto-push of this update. A more advanced notification system is part of the roadmap to a system where users eventually feel part of a network. But it will always be around contact information and the data we collect around new contacts.

As a Dutchie I already know the answer to this question, but could you share with our readers what the Dutch startup climate is like?

The Dutch startup climate is very nice, when you've learned how to work it. Companies have been founded here that we need to be extremely proud of: TomTom, Hyves, Layar, Metrixlab to name a few. The problem with the Dutch (and European) entrepreneurial culture is a combination of heritage and climate. Europe's long history of trading has manifested itself in the roots of entrepreneurs, which works for many entrepreneurs to build a locally focused company and eventually grow it into an international enterprise. First learn how to turn every Euro you spend into five of them, and then focus on expansion. Most investors apply the same mental model. Monetize first, locally - and then pitch to grow. This way there is less risk involved, but the chance for success often expanded.

This does make it more difficult for founders that start companies that solve an obvious problem but experiment with new ways of monetization (if any in early stage). Especially when you found company with tech at its core. Founders have trouble connecting to post-exit entrepreneurs to commit to angel funding - as most VCs only invest at much later stages. This is one of the reasons we started STIKK: a collective of founders from Wakoopa, Soocial, Marvia, Sofa and E that organize events for founders of all stages to talk, connect and talk shop without press involved.

Talking about funding, is E currently generating any revenue? If not, what are the plans and how are you paying the bills right now?

We've been building an event-based product with several launching partners that will be our foray into monetizing our efforts, you can expect more news on that within the next couple of months. Currently, E has been very fortunate to have closed rounds in angel funding that allows us to focus on product.

What has been the most important lesson you learned so far as an entrepreneur and designer?

I'd be happy if I could boil that question down to a single answer. And maybe I can: I've found that as an entrepreneur (and designer) you're deliberately choosing to take risk and face the unknown: whether that's negotiating a certain valuation or thinking about what effect the position of a certain button will have on conversion. There is very little you can actually plan out. Markets change. Users change. Trends change. You have to be ready for success and failure and be good at adapting to those situations. I've learned that I'll continue to learn every single day and I'm very happy to have surrounded myself with people that respect that and think the same way.

Thanks for sharing your story Renato! Some great lessons in there.

Do you call yourself an early adopter? Then head over to mynameise.com and check out their service. If you're up for it be sure to check their job openings as well.