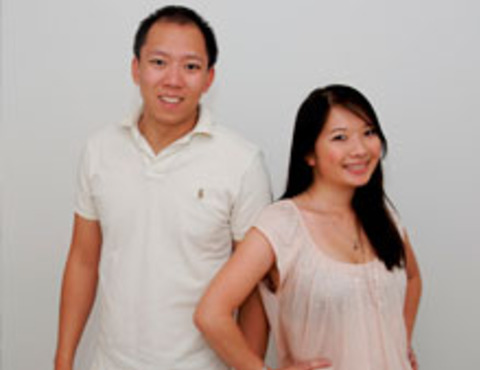 Nancy Chan is the co-founder of MojoMapp, an app for any single guy or girl looking to find the bar with the most singles.

Please introduce yourself to our readers

What is MojoMapp and how did it start?

MojoMapp is an app that shows you which places in your city have the most single guys and girls there right now. You can anonymously check-in at a bar as a single guy or girl and our app displays the singles demographic at your bar. We’ll also show you the number of singles at the bars closest to you so you know where to go for the best odds.

You can also post on the virtual wall of your bar. When someone responds to your post, the two of you enter into a private chat room. No names, no profiles. You get to choose how intimate or casual of an experience you have while using the app.

MojoMapp started because I wanted to go out for a night of fun with my single friends but none of us could decide on a bar. Choosing the right venue is important because there have been many times I’ve gotten all dressed up to go out and then felt like I was the only single person there. Not cool! However, being in San Francisco I knew that couldn’t be true. I just didn’t know which bars had a good singles atmosphere. I thought, “there should be an app for that.” I pitched the idea to Stéphane, and like any single guy he was completely on board with an app that showed him which bars had all the single ladies! Soon after, MojoMapp was born.

Could you tell a bit about who's working on MojoMapp and how the team was formed?

I have experience working as a financial analyst with skills in project management, operations, and marketing. I’m also a single girl who noticed a market need for an app that women (while protecting their privacy) could use for finding other singles. Stéphane Nguyen is an experienced entrepreneur who founded TechShower, an online news source in French reporting on the latest technologies of Silicon Valley. Stéphane also has experience working as a Project Manager & Senior Drupal Expert at Commerce Guys and also has skills in app design and UI.

The MojoMapp team formed when I lured Stéphane to a dinner under the pretense of a date. Instead, I pitched him the idea for MojoMapp (like a boss!) over a gourmet pizza. Stéphane immediately put together an amazing design for the app and the rest is history.

How do you deal with the two separate target groups, men and women? Will you customize the app for both groups or create one universal app?

MojoMapp is designed to be used universally. You can search for places in your city with the most singles there right now, sorted either by most single guys or girls. The app not only displays the number of singles at a location organized by gender, but also by sexual preference. The app uses a blue icon to represent guys and a pink icon for girls. Sexual preference is represented by the color of the heart associated with the icon. A blue heart represents interest in men and a pink heart represents interest in women. MojoMapp is ideal for both single guys and girls who want to check out places in their city that have a good singles vibe there right now.

How do you get enough people using it for the service to be usable? (i.e. How do you solve the chicken/egg-problem?)

We’ve created an email sign up on our website using My Beta List to have a group of users ready on launch day. We’re also holding a series of launch parties and targeting our marketing efforts here in San Francisco to establish a concentrated user base. We’re starting off by organizing a launch party pub-crawl in SF during May.

What will the revenue model look like? Are you planning to provide additional services to popular venues for example?

Our current focus is to offer a great product for singles free of charge to gain wide usage and acceptance. With a large number of users MojoMapp will be a great platform for bars to offers deals to their customers. We’re also planning on providing additional features in a future version that we may charge per download.

Was has been your most important lesson learned so far as an entrepreneur?

Trust yourself. Here are two great quotes: #1 “Doubt your doubts before you doubt your beliefs.” Every new idea faces criticism. If there were no doubts then someone would have already done it. It’s important to have friends who believe in you and your idea to help you get through the times when your own doubts start to get in your way. #2 “Luck favors the bold.” So be bold.

Where would you like to see MojoMapp in one year?

We hope to have established a solid user base in SF by then, and will be working on converting other singles hubs such as NY and LA. MojoMapp will also have many more features to help you find which places have the type of singles you want to meet.

Thanks for sharing your story Nancy. Looking forward trying out the app :)