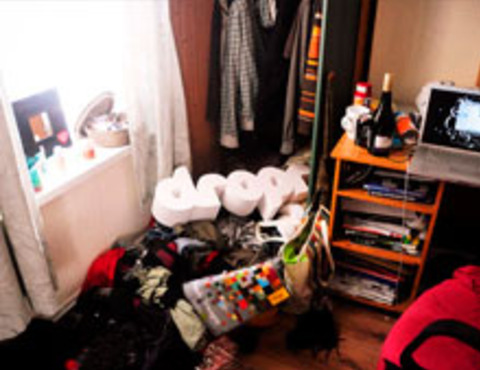 In this interview with Mateusz Cyrankiewicz we will dive into the upcoming design community that is called Dropr. Read on to learn all about it and be sure to visit the site afterwards and witness its next-level visuals.

Please tell us a little bit about you and the team.

Howdy, I'm Mateusz Cyrankiewicz, a designer and interaction developer and I founded Dropr with my flat-mate Noel Lynagh (our backend coding ninja) while at a university in the UK.

The team has grown a bit since, so now we're a small (but powerful!) bunch of guys working full- and part-time from the Chile, Ireland, Poland, Slovakia, the UK & the US. We're generally based in the UK, but move from time to time (last year Barcelona and Santiago de Chile).

What is Dropr and what inspired you to create it?

Dropr is a pretty nice online portfolio application, and we're making it a little better every day. It all started some time ago when we noticed that all creative communities (and there are loads of them!) seem to have stopped being creative themselves, we thought there is definitely a place for a new and a little braver kid on the block. That's (in very short) how the Dropr project was born.

Months later we are in our first* Beta version which already provides quite a lot of loveliness: customizable multimedia (image, video, music, text & flash!) portfolios, nicely-cut interaction tools and art-exploring weaponry such as an automatic sweetened-to-taste hourly Cup of Inspiration and Splash Up! (a nice full-screen exploring interface - we like to call the 2nd layer of Dropr). All of this is wrapped in a neat interface that's also fun to use. But there's more to it and much more coming...

*They say Dropr Beta II is on the way, and that it's going to be quite amazing.

Dropr already seems to have quite a bit of functionality. How do you decide what to add and what to leave out?

We're trying to keep Dropr balanced between being feature-rich and very simple, it's a pretty damn hard thing to achieve actually. It's usually at least a few discussions over every new feature. When we agree on something the thing hits our todo list and after a few weeks we look at it again, if it still seems like it makes sense, we add it. Then we await some feedback from users, if we or they (or both) don't like it we sometimes remove it to keep things simpler. Some features have been suggested by our users too, then the process is very much alike only we're more confident that someone will like the new feature ;)

How is social media influencing your industry?

Social media is hugely important with any creative content online. The fact that within minutes of finishing a piece of work you can be receiving feedback from thousands of people from around the world is quite an awesome thing. Whether it be a total newbie or a seasoned veteran anybody can benefit being around other creatives and their work.

Although social media is important, one of the main priorities for Dropr has always been to make sure that we remain primarily a portfolio platform and keep social media as a secondary layer. We found that many portfolio platforms were experiencing identity crises and tried to be too both a portfolio and a full-blown social network. If you want friends there's Facebook, if you want tasty artwork there's Dropr.

On your website there's a reference to something called STRAW. Could you talk a little bit more about this?

STRAW, or System That Relates Artists and Work, is an application that runs in the background of Dropr. It constantly analyzes interactions between users and artwork to match similar artists and projects together. This allows us to provide some nice features, like the hourly Cup of Inspiration based on user's taste. The Cup is served by STRAW and another another animal on our server: AAAAA! (Always Active Art Awesomeness Algorithm), which tries to guess what's cool and interesting and what's rather not. There are a few features based on these two, and more coming :)

What is Dropr's revenue model?

Firstly, a little advertisement: there will be no advertising, ever. Our revenue model is based on few different things such as unlimited premium accounts, selling t-shirts and some ideas that I can't tell you about before we introduce them. Alongside making money we'll also be giving back to the creative community - we've just opened a Non-Profit Organisation in the US.

Earlier you said the Dropr team exists out of quite a few people, spread over the world. How do you meaning such a team?

It's a small army, just a few people (literally), so management is very direct, we do it mostly via Skype and emails. Recently we are working on quite many new things simultaneously so we've also employed a project management tool to help us a bit. We still learn a lot with every sub-project.

Dropr has really unique look and feel. What design advice do you have for other entrepreneurs who may not have the design skills your team has?

Wait for the next version, that is going to look nice! But, now seriously: Experiment and explore colours and shapes. be persistent (you'll get some what-a-moron looks) but listen to feedback, especially when it comes to UI. And don't be too serious about your project :)

Dropr is invite-only. How do you decide who is allowed in and how could one increase his/her chances?

We accept people who show us that they're creative and sometimes those who grab our heart in another way :) Definitely the best way to grab our attention is to show us links to some nice work.

Awesome. Thanks for sharing your insights Mateusz!