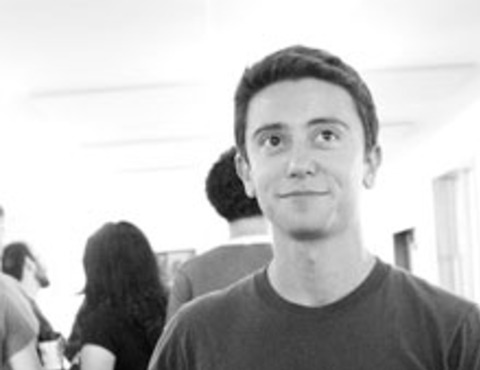 With increasing adoption of GPS-enabled devices new opportunities are being formed and the once so familiar term 'world wide web' might need to make room for a new one, the 'local web'.

In this interview we'll talk with Lenny Rachitsky about his upcoming startup Localmind. A way to know exactly what's happening around you in real-time.

Who is Lenny Rachitsky?

I often ask myself this and I rarely get a straight answer. I code, I run, I write, and I sing (in the shower). I love creating things with my bare hands (and a keyboard), and I'm doing what I can do make a positive dent in the universe.

Can you bring us back to the moment you came up with the idea of Localmind?

I was meditating in the Andes, sitting at the edge of a cliff 15,000 feet hit, when a small bird landed on my shoulder. Clear as day it spoke to me and told me that I must create a real-time hyperlocal information service that will make the world a more connected and better place. I had no choice but to listen, and to make it happen. I bet if I tell that story enough times, I'll start to believe it.

The real story is actually almost as interesting. The idea itself wasn't actually mine. I came to Montreal in August of this past year for a conference called Bitnorth. While in Montreal, I met a whole lot of amazing people, a few of which were launching a startup incubator called Year One Labs. They were aware of some of the work I'd done previously (e.g. Assisted Serendipity), and basically pitched me on the idea that is now Localmind. They were waiting for the right person to take it and make it happen, and lucky for both of us we met. Serendipity at its best.

The idea has evolved a bit since the initial meeting, and the way I like to describe it today is that Localmind gives you the ability to know what's happening at this very moment at any bar, restaurant, coffee shop, or any other venue you are interested in. It connects you, temporarily and anonymously, to someone at the location you are interested in, allowing you to send any question you want, and get an answer in real-time. You can find out how crowded it is at a bar, how long the line is at a club, or how many tables are open at the restaurant. And that's just the beginning.

The idea of an app about the here and now seems so obvious, yet I can't think of any major application based on that concept. Why is that, you think?

That's exactly what I asked myself when we first started discussing the idea. I can't believe this isn't already in place. We know so much about the world, and know what's happening with our friends every microsecond. But we still need to call a place to find out simple things like whether they are full, or we have to send a friend as a scout to tell us whether we should go out or not. There's a huge gap, and I think once it's filled we'll wonder how we ever did without it.

Why hasn't anyone done this already? Part of it is that it's only recently that all of the pieces have come together to make something like this possible. Everyone has a mobile phone, we're reaching a tipping point on location based service adoption, cloud computing is making it extremely cheap and easy to build/scale large web services, and people are very comfortable interacting with each other digitally. I foresee the future of this service interacting not only with people at a location, but also with Internet-enabled sensors that would automatically report things like the number of available parking spots, and the noise level. There's so much potential here it makes my head hurt.

I can't go into much detail on this, but we've got some really interesting ideas that we're going to test as we roll things out. Focus number one is to make sure we're building a product people actually want to use, and that provides value.

As I'm sure you know, Google is moving into the local space as well and is working on a product that will give localized search results based on where you are at that moment. Do you expect to be competing with Google at some point in time?

The problem with services like Google Places, Hotpot, Yelp, Foursquare tips, etc. is that they are reporting on the past. Though useful (I use Yelp all the time), our approach is very different. We want to help you figure out if tonight is a good night to go to that Korean BBQ place that everyone raves about, or whether you'd be better off grabbing some Pho down the street. Should you take a cab to that bar across town, or is that obnoxious guy there that you'd rather not waste a night with. There's no good way to know this right now, and Localmind aims to solve that.

Seeing Localmind has a broad variety of use-cases, how do you plan on marketing it?

First, let me add that the service aims to be totally free. As for the marketing I wish there was a silver bullet to get mass adoption, but it's always a hit and miss game. We will launch in a single city initially, in order to create enough density of users (density is going to be key). We have some clever functionality in place that will bring your friends into the game, in addition to word of mouth marketing we expect to see once people start noticing their friends answering questions when they are out and about. We have some other plans that we're not ready to talk about, but let me just say that we're not counting on a TechCrunch hockey-stick moment.

Since owning an iPhone equipped with GPS, I've always been able to go straight to my destination without getting lost. This of course is very useful, but it also removes the serendipity of finding those interesting, hidden places I would normally accidentally bump into. Localmind seems to push this even farther. What's your take on this?

If this question came out of nowhere, you just blew my mind. The talk that I gave when I came to Montreal the first time (the same conference where I hooked up with Year One Labs and conceived Localmind) was about this very concept. It was called "Losing Serendipity", and discussed the danger of relying on tools and technology to tell us what we should try and what we should do. I'm actually giving the talk again in February, so you just gave me some food for thought.

Great answer :) And great interview, thanks Lenny! I wish you all the best.

Want to be the first to know when Localmind launches? Sign up at Localmind.com