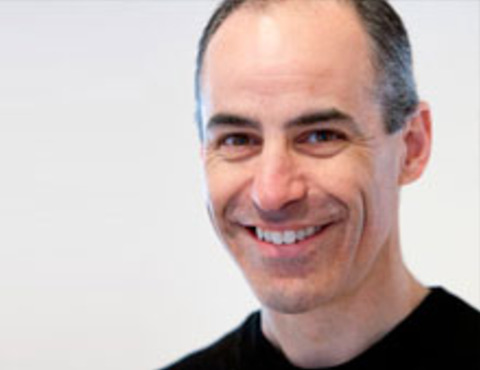 Joseph Ansanelli is an entrepreneur with a lot experience under his belt. Joseph sold his first company to Apple, took another company public and if that isn't enough he also sold a company to Symantec and is now on the board of multiple other companies. Today however, we talk about his latest venture called ZangZing.

Before we dive into ZangZing, please tell us a bit about yourself. Where do you come from and how did you get started as an entrepreneur?

I got my start in tech entrepreneurship while in college. With two classmates we started a software company, Trio Development, that Apple acquired and the product became Claris Organizer. A few years later I co-founded and was the CEO of Connectify, which we merged with Kana and took public in 1999. Following that, I co-founded and was CEO of Vontu, which Symantec acquired in 2007 for $350 million. And in addition to co-founding ZangZing, I am now on the board of ccLoop, and Chairman of the Board of Smartling and Lookout.

I am also very lucky to have two great co-founders who are great entrepreneurs too.

Mauricio Alvarez is the CTO of ZangZing. Previously, he was the Deputy CTO at BEA Systems. Mauricio joined BEA in connection with BEA’s acquisition of The Theory Center, a company he co-founded and served as Vice President of Engineering.

Kathryn is the COO of ZangZing. In 2003, she was part of the initial team that formed Rockpoint Group, one of the top global real estate private equity firms.

What is ZangZing and how did it get started?

As with so many ideas, necessity is the mother of all invention. Our whole team loves taking photos. We're not professionals, but regular people that take photos all the time. We take them on trips, at parties, weddings, at events, and during the every day moments of our lives. These photos represent our memories, and we want to be able to keep and share them in a place that displays them in a beautiful way.

Unfortunately, the choices for sharing photos include services like Facebook, Shutterfly, Picasa, and Flickr who in the past 5-10 years have done very little innovation on making the sharing experience simpler, more beautiful, or really focusing on how groups are taking and sharing photos today. They tend to be poorly designed and cluttered with ads.

And now we have these new, what we call, photo streaming apps or "twitter photos apps", that are great for the single snapshot, but the photos are very ephemeral, and the services do not offer a long lasting place to showcase your big events and memories. You see the photo at the time it was taken and then it scrolls away into internet oblivion...

Who's your customer and how do you plan to enter the market? In other words, what's the distribution strategy?

We are focusing on people who use photos to remember the most important moments in their lives. We want to make it easy for these people to create and share photo albums in one place with all the right people. In our opinion, this means that every album has a unique group of people that can contribute photos and view the photos publicly or privately.

I've had to pleasure to get a sneak peak at the service and it really feels more like an app than a website. What was the reasoning behind this?

We've gotten lots of inspiration from the iPad which is an amazing product. It (and the iPhone too) have opened up computing to a larger portion of people. People that would never use a PC can pick up an iPad and browse photos and use applications very simply without any help. We believe that the same simple application design approach should apply to the web and also to desktop applications. And with the latest advances in html5 and javascript, we can now deliver that type of simple and dedicated iPad like application experience in the browser, which we hope opens the photo sharing experience to an even broader portion of people who never upload photos from their computer or phones.

Will video play a role in ZangZing as well? If not, how does it conceptually differ from still images?

Eventually, yes, however, for our beta, we are focused on photos. Video will play a role both as an input and an output. We will eventually let you view videos in the same way you view a photo, and eventually we will let you create videos of your photos to download and share.

When can we expect ZangZing?

We are in private beta now, but people can sign up at www.zangzing.com and we're starting to send out invites every day.

Awesome. Thanks for sharing your story.