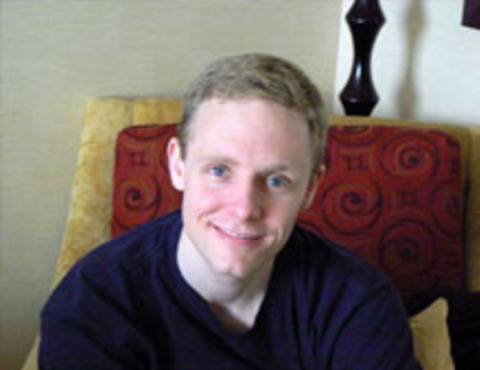 What do you do when you're running a startup and can't find the advice you need? If you're an entrepreneur like George Aspland you start an additional startup to solve exactly that problem!

In this interview we'll talk with George about how his experience at his Techstar-company ReTel led to the birth of his new startup Favors.

Please tell us a little bit about yourself. Who is George Aspland?

I love being challenged by ideas and the discipline doesn’t really matter. I enjoy philosophy almost as much as I love tech. My education kind of reflects this. It’s all over the place. I’ve got degrees in Medieval History, Computer Science and Business. I think it’s this love of ideas that drove me into the startup world. Where else can you meet as many interesting ideas and brilliant people?

How did you get started as an entrepreneur and how did it lead to Favors?

After a few startup attempts that didn’t go very far, I founded ReTel Technologies, which is still my current company, with Adam Rodnitzky and Scott Roberts. We were in business school together at the University of Chicago. (That’s right, a tech startup founded by 3 MBAs. Sounds like the premise of a Three Stooges film, doesn’t it?). School was a great place to launch a company, because we had access to a tremendous network and could fund ourselves on government education loans.

A year out of school we were accepted into Techstars. Then in November of 2009 we raised our first round of VC funding from Jeff Clavier, Dave McClure, Mike Maples, ZelkovaVC, Hyde Park Angel Group, eonBusiness and a few angels.

Favors arose out of ReTel’s experiences selling into large corporations. When we started out, none of the founders had an enterprise sales background, so we had to learn on the fly. Throughout that process, it always bothered us that there wasn’t much community help for startups looking for sales support.

After we got tired of looking for someone else to do it, we decided to take the initiative and build our own community. Favors is the result. It's a tool that empowers startups, investors and professionals to exchange favors that help each other drive sales, marketing and business development.

We've also started a monthly meet up in San Francisco called the Startup Sales Circle. We bring sales experts, CEOs and VCs in to teach founders and sales execs working in startups about the early stage sales process. So far, we've had great turnouts.

Please tell us a little bit more about Favors, who is it for and how does it work?

Favors is an invite-only favor exchange for startups, investors and professionals to help each other build their businesses. Once you’re invited in, you can ask the community to do favors for your startup. A few example favors are:

Customer Intro: “Can someone introduce me to the VP of Merchandising at Macy’s?”

Promotional Help: “We’re launching our site today! Can everyone please tweet out this URL?”

Recommendation Request: “We’re trying to build partnerships in the security camera industry. Does anyone know a business development expert that can help us?”

Favors tracks favor requests and grants. For instance, if a user tweets out someone’s site launch, we’ll track how many clicks that tweet received and make sure the user gets credit with that company and the community. In many ways, it leverages reputation and community curation like StackOverflow, but instead of answering questions, users are granting favors.

We believe the two keys to making Favors useful are community curation of membership (we don’t want any spammers) and community currency/reputation for granted favors.

It doesn’t have one right now, and we’re not worrying about it. If it helps us close deals for ReTel that would be great.

You were part of the TechStars 2009 program. What has been the single most important lesson you learned as an entrepreneur, there or otherwise.

Make sure you’re solving a real pain for the customer, especially if you’re selling into corporations. Even if you’ve got a great technology, if it solves problem number 12 on your customer’s list, it’s going to be a long, hard road.

You already gave a variety of possible use-cases. How do you deal with something as broad as a 'favor' in terms of information architecture design? How do you make sure every favor 'fits' in the system and how will the right people find them?

We’ve identified the types of favors people ask their business networks. For each favor, we’ve create a pre-defined template that will offer customized functionality and tracking. We want the system do as much of the work for creating and tracking the favor as possible. Also, depending on how big the favor is, we need to make sure the granting users receive varying amounts of reputation credit.

Users will have a filtered activity feed that will show favors relevant to them. The filtering will be based on networking groups, follow functionality (similar to Quora), your existing social connections and the requestors’ reputation.

For anyone interested in joining Favors, what should they do?

They should go http://favo.rs and sign up for a beta invite. We’ll be rolling out to more users soon. After signing up, if users send out invite links, we’ll move them up the beta list. We’ll have some top VCs and cool startups in the system from the start, so getting in and building a reputation while the community is small could get you noticed.

Thanks so much for sharing your story and letting us know about Favors! Really sounds like something I could use my self :)

Interested in learning more? Do yourself a favor and sign up at http://favo.rs/ to get notified when the service launches.