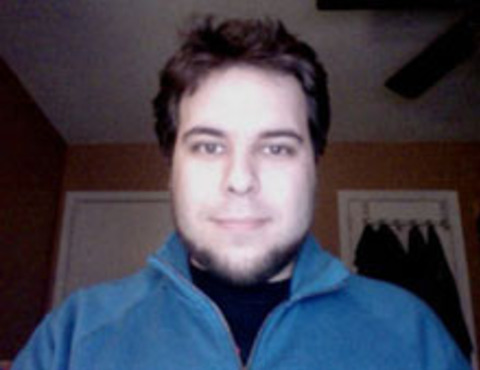 In this first interview of Beta List we will talk with software engineer and UX architect Dave Jafari about his upcoming platform Sparkmuse, a community where entrepreneurial technologists can share and refine innovative ideas.

Looking at the website, Sparkmuse seems to revolve around ideas. Could you tell us about the initial idea of Sparkmuse, what sparked it and what it currently has evolved into?

I had several motivations for starting Sparkmuse. I wanted a place to vet ideas and get new ones, network with other web professionals, and a community where I could help others and vice versa.

Ideas constantly come to me all of the time, sometimes for better at work and sometimes for worse when I'm trying to go to sleep. I've found that it is sometimes difficult to escape my own perspective and truly identify whether an idea is any good. Getting an outside perspective is immensely useful. And sometimes an idea is just incomplete, it needs a little more inspiration. Being exposed to other ideas creates an interesting interplay of thoughts that can give birth to far better ones. I believe that when it comes to brainstorming, there is nothing more valuable than interacting with other creative people. There is a great TED talk to this end that explains this better than I ever could. Goal one of Sparkmuse is to facility idea feedback and provide a place for those ideas to openly congregate and draw inspiration from one another.

Ideas come from people and to get many ideas in one place, you need to build a community. I've had a hard time networking with really passionate web professionals where I live. Don't get me wrong, those people are certainly here, but no where in the numbers you would see in even a smaller tech hub such as Atlanta. I love meeting passionate and intelligent people, especially when their interests coincide with mine. A community needs a cause and ideas need to be focused on something, so Sparkmuse is based on internet technologies mostly out of my own wants.

Lastly, I like to help others as it builds social capital that can open up wonderful opportunities down the road. Furthermore, helping is a great way of learning and gives you a chance to hone your craft while doing someone else good. On some occasions, if I was really inspired by an idea, I think it would be cool to fully join up with someone else to make it happen. The last goal of Sparkmuse is to open up the possibility of serendipitous connections between people that were both mutually beneficial and formed lasting relationships.

Unfortunately, I don't live in a big technology hub so finding people to suit all of those needs has been an enormous challenge. And regardless of where you live, you've got to be pretty well connected to enjoy these benefits. So I started with the question, what if I brought all of these things together in one place? Sparkmuse is my answer.

Some ideas might prove difficult to explain in words alone. Will Sparkmuse make it possible to aid the communication visually?

Each Spark has several discussion devices available. There is a way to post a visual resources such as a screen shot, mockup, or diagram or directly link to a specific piece of supporting research, customer validation, or a similar idea. There is also a simple Q&A in the form of leading questions, a well known brainstorming technique, and the ability to directly offer help.

During the alpha, we are going to explore the idea of forking ideas (ie, like a GitHub repo) and pivots in which an old Spark becomes the source for a new one. In this way, we can begin seeing the evolution of an idea in a way that communicating in words might be cumbersome.

What makes an entrepreneurial technologist?

Entrepreneurial is really a rough word for me. I wanted ambition and a focus on a material product that solved some problem. Entrepreneur was the closest I could come, but I don't want to exclude the many non-profit motives. Technologist mostly refers to an internet professional, not necessarily a programmer. They could be involved in any part of technology including supporting roles such as marketing or sales. On inspection, neither word really draws the full picture, but together I think they give the general idea as succinctly as possible.

Talking about entrepreneurs. Who else is behind Sparkmuse?

Just me. This site has been a side-project of mine I started several months ago. Apart from helping me meet new, interesting people, I wanted an excuse to play with a few new technologies.

What is Sparkmuse's revenue model?

My end-game goal is to get direct angel or VC involvement and have a self-curating community that can elect its own projects for funding a few times a year. I guess the closest comparison would be sort of like a long-tail YCombinator. I have no interest in personally profiting because I hope to gain several non-monetary benefits. Who knows, maybe one day I could get an idea of my own funded, but I don't intend on going solo for a long time.

Could you talk a little bit about your financing history? Have you done an investment round, are you planning to?

What has been the biggest obstacle you have faced since starting Sparkmuse and how did you overcome it?

Frankly my biggest obstacle has been my own ignorance. I have no experience at marketing so getting the word out has been difficult. I actually gave up on the marketing part and decided I would just try to connect directly to people instead. That has turned out to be extremely beneficial as I've managed to increase my registrations by almost 200 in the last 3 weeks. In terms of most "startups," that number is pretty small, but nonetheless it excites me.

A lot of people say ideas don't matter and it all boils down to execution and pivoting your strategy when necessary. What's your view on this?

Execution and an agile methodology is as important as it has ever been, but I think there has been something of a general revolt against ideas in general. I do not believe that ideas and execution are on a sliding scale together, they are both important to formulating a success. My question is this: if it is important to iterate and pivot during execution, doesn't it stand to reason that it would be important to do the same with your idea? The idea is essentially the requirements phase of a project and as Steve Mcconnell put forward in his great book, Code Complete, the earlier you can address a problem, the cheaper it will be.

In the spirit of helping each other out, how can people reach you if they want to lend you a hand?

I'm always available at dave-at-sparkmuse-dot-com. I welcome help or the opportunity to help someone else.

Last question: Sparkmuse is currently in private alpha, when will it be open to public?

I'm not sure it will ever formally open to the public. My current plan is to invite around 100 people over the course of the alpha and 500 more during the beta. We already have close to that number in applications so we have to be a little picky. After that, the plan is to award our best contributors with invites to give to likeminded people and slowly grow the community. I believe going viral, especially early, would undermine the type of community I would like to build.

Thanks for sharing your story Dave!