Founding Partner at Year One Labs 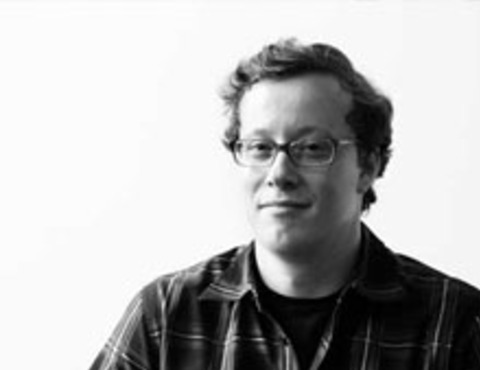 This time we interview Ben Yoskovitz. He's not only an entrepreneur, but also a founding partner at the Year One Labs accelerator (which you may remember from the Localmind interview), and the man behind the popular Instigator Blog and NextMontreal.

Read all about it below…

Please introduce yourself to our readers and tell a bit about the companies you have been involved with in the past.

I started my first company in 1996, so I've been an entrepreneur in the Web & software spaces for 15 years. That company was originally a service business doing web development, and we made the difficult switch to being a product company around 1999. We launched a web-based project management application, when the web-based software movement was very early. Back then everyone was concerned with security, which is much less of a concern now. Switching from a service business to a product one was very difficult, but it was a smart move. The bubble burst while we were transitioning and almost all the service work dried up. It was hard for our customers to justify spending tens if not hundreds of thousands of dollars on e-commerce websites when it looked like the Internet was completely exploding. Our simple project management product at the time allowed us to survive. I eventually left that company to pursue new opportunities.

My most recent startup was Standout Jobs (B2B SaaS play in the recruitment space), which I co-founded in 2007 and sold in 2010. It wasn't a financial victory, but I learned a great deal from the experience. I won't go into all the details here, but I wrote a postmortem that walks through what happened, from raising $1.8M in angel and venture capital, to launching, to struggling, and ultimately to the asset sale.

When did you and the team decide to start an incubator?

As I was in the process of winding down Standout Jobs (late 2009, early 2010) I was looking for what I would do next. I knew that it was unlikely I'd start another company, after banging my head against a wall for a couple years. But I didn't want to get out of the startup scene either. I had been doing some consulting work for startups, and enjoyed that a great deal. It let me stay involved but not put blinders on to one project/startup.

Raymond Luk, Managing Partner of Year One Labs and I started talking about ideas. He had already done a couple of angel investments and was looking for ways of structuring and scaling things further. Doing "one off" investments wasn't making sense. So he really initiated the original ideas behind Year One Labs, and we spent the summer of 2010 figuring out our model.

The other two partners, Alistair Croll and Ian Rae had also spent a couple years bouncing around ideas for an early stage accelerator - so it was fortuitous that the timing for all of us was right.

My personal interest in Year One Labs is really about being active with startups, but not being responsible for a specific one. Having said that, Year One Labs is very much a startup as well, just a different kind.

What's your definition of an incubator. What role should it play? (and what should it not do?)

Although it's a bit of semantics, I call Year One Labs an accelerator, not an incubator. That has a lot to do with the incubators that emerged in the past, which were focused primarily on providing space and ancillary services. But physical office space isn't the roadblock for startups. Neither is the office services (accounting, bookkeeping, etc.) that many incubators provided.

For me, an accelerator needs to do exactly that -- accelerate. There's also a big element of teaching in there, but you have to be very careful not to build a school.

We took a very specific approach with Year One Labs and embraced the Lean Startup / Customer Development methodology. Each startup that joins Year One Labs goes through the process, which is extremely rigorous and hard to do. So we're there to act as the guides and the "checks and balances" through that process. We also roll up our sleeves. As an example, Localmind launched a few weeks ago and we're now conducting customer interviews. Myself and Raymond are doing as many interviews as Localmind's founder, Lenny Rachitsky, so we can move faster.

In your eyes, what qualities should a team founding an accelerator have?

The primary value of an accelerator is the expertise and experience the founding team brings to the table. I don't think an accelerator should be started by non-entrepreneurs, they won't really understand what their startups are going through. There are exceptions of course, but generally I'd say that accelerator founders have to have a wealth of experience, and ideally have experience in many aspects of running a startup from raising money to developing code to exiting.

What do you look for in an entrepreneur when deciding to accept him/her to the accelerator?

We call it Founder DNA. There's no specific formula that works all the time, but we do genuinely believe in investing in people first. As an example, with our third investment, nCentiv.es, we liked both founders individually, paired them up and worked together on finding a market and idea of interest. It wasn't a fully baked team pitching a fully baked idea, but two individuals that we believe have tons of Founder DNA.

Founder DNA has a few elements that are important -- creativity, resilience, guts. We look for people that have tried things in the past, successfully or otherwise. We go through fairly intensive brainstorming sessions, tearing ideas apart and rebuilding them, to see how founders respond. We've organized hackathons for groups and pairs of people to see what they could build in a day, how they react, their judgement, tenacity.

We also look for how well a person can be coached. The Lean Startup process isn't something most people have gone through; as a result, it's going to take a fair amount of coaching and guidance from us. We want tough, aggressive founders, but they also have to be aware enough and comfortable enough to take feedback, process it and move forward.

What other things are you working on besides Year One Labs?

I continue to do some consulting on the side, primarily with startups. I enjoy doing this because it continues to provide me with a breadth of perspective outside of my own universe. I get to explore new ideas, research things, try things out. It's very similar to Year One Labs, but expanded beyond that.

I also run a site called NextMontreal.com. It's focused on tech and startup news for the city. We're continuously working to build a strong startup community in Montreal and this is my main contribution to that cause. The site is designed to connect people inside Montreal, but also connect people to the outside. If you're interested in tech and startups, and curious about what's happening in Montreal, then NextMontreal is the best way to keep tabs on things.

Finally, I also blog at Instigator Blog. I try and blog at least once or twice a week, focusing on my own experiences (as a startup founder and now as an investor), with actionable ideas.

That's where the founding partners live. So that's where Year One Labs is setup. I do think Montreal has a lot of things going for it right now as a budding startup ecosystem, but there's a lot of work to do. Our model was designed to take into account the environment we're in (it's not Silicon Valley) but I think the model can also be exported to other places.

How do you handle working on multiple companies and projects at the same time?

It's not easy. It's definitely one of the single biggest challenges with Year One Labs. Given our hands-on approach, each startup keeps us plenty busy! We try and reduce that overload by sharing the work amongst the four partners and our advisors (including folks like Dan Martell, Mike Montero, Ash Maurya, Tobias Lutke, etc.) Our advisors play a big role, stepping in at specific times to help out with the startups.

I think I'm pretty efficient. I stay well organized, move as fast as I can and work a ton of hours. Year One Labs is definitely not less work than running a startup, it's just more scattered.

I can imagine working being able to work on multiple things also gives a sense of freedom as you're not tied to one idea, while other people may find freedom in not having to worry about anything except just the one thing. What has your experience been as entrepreneur before and an accelerator founder now?

I honestly enjoy both. There's nothing like being a founder - all the risk and all the reward. It takes a certain kind of lunatic to do it, and keep doing it over and over. Running an accelerator is like a proxy for running a startup - there's some risk, some reward - but nothing compared to what a founder goes through. The emotional ups and downs we face are much smoother. Right now for me that makes sense, but I can't say that I don't miss the real intensity of running my own startup.

What has been the single most important lesson you learned as an entrepreneur?

I don't know if this is the single most important lesson I've learned, but it's something I've been thinking about recently and that is "being honest with yourself." Entrepreneurs are incredible liars, although not in a malicious way. But we can very easily lie to ourselves ("Everything is fine!") and we can lie to others ("Buy my thing it's great!"). Entrepreneurs are so passionate that their passion can blind them to reality.

That dovetails into my thoughts around process. Too many startups don't go through a rigorous enough process of validating what the hell they're doing. I'm not a religious zealot when it comes to Lean and Customer Development, but I know for certain that had I been more vigilant about following a smart process for building my past startups they would have gone a lot smoother. They might not have succeeded in a huge way - there are other variables like timing and luck that always play a huge role - but my head wouldn't hurt as much from banging it against a wall so much.

Any accelerator companies you want to plug? :) (feel free to list them all with a short description + link)

I've already plugged two of them in my answers, but here you go:

Localmind - Recently launched in closed beta, Localmind is a location-based Q&A service. When you have a question about a place or area that you want answered quickly, Localmind is the service to use.

Please Stay Calm - An upcoming location-based social game with a zombie theme. These guys are taking the aspects of location and mixing them with gaming in ways that I haven't seen done yet. They haven't released onto the App Store yet, but we're only a few months away.

nCentives - Very early, so not much to say. They're focusing on the parenting market and how parents incentivize and motivate children.

What's next? Where would you like to see yourself in 10 years?

Aside from insanely wealthy, I'm not sure. That's part of the fun of being an entrepreneur (and I still consider myself one even with Year One Labs), the future is unknown. Some people don't like that uncertainty; I just assume it will all work out and it'll be a heck of a ride on the way there.

No matter what, I expect in 10 years I'll still be involved in startups in some capacity. Perhaps running one, helping others or doing something else in the space...

Thanks for sharing your story with us Ben!

Learn more about Year One Labs, read the Instigator Blog or NextMontreal.