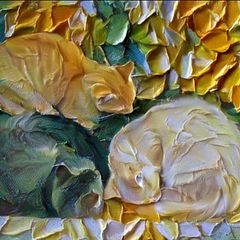 I wonder a lot; would like to wander a lot. Jane★E February 19, 2020 8:03pm
I agree with Trevor. I love the idea of being able to feel positive about every day, even if we don't (for example) do yoga for 30 minutes but instead for 10 minutes, at least it was done. Choosing "skip" feels like failure for me and then the pressure of only having one more chance is not something I'd want to have to deal with.

I think the idea to focus on creating a habit to do every day is unrealistic, although there are people who can do that. I have read where people set goals to read at least one page per day of a book, and that goal is probably doable for most people (but not all). Lots of people set goals to exercise 3 to 4 times a week due to their lifestyles (jobs, travel, children's events, etc), so those people won't see a benefit to your app.

I wouldn't be confused if you set up different use cases, I'd find the app less strict, less judgmental (of course the app doesn't judge me, I judge me, but, hell, I'd like to say I did a bit of exercise if I did, even if it wasn't the complete goal for the day ). I also would like to be able to set goals for some things to not do every day, but create habits for weekdays, and some habits for weekends.

Based on Trevor's feedback and what I've suggested, I would also love to see a weekly or monthly graph of which days I achieved my goals fully, partially, or not at all (would like a better word than "skip," though). Color coding would be cool. I would be more motivated seeing I did something partially than it to appear on your app as though I didn't do it at all when I actually did try to maintain a habit.

I feel an app like that (with allowances for partial goals reached and customized habit goals--not all to be every single day) would be great for someone like me. I can't be the only person who feels like this.

Best of luck with your app!
1

Jane★E February 19, 2020 8:05pm
Sorry I just saw the calendar which reports activity. That is nicer than the graph chart I mentioned. It's a very nice touch! Still want to be able to to partial goals reached and pick how many days a week I want to reach certain goals. :)
1