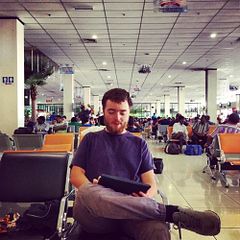 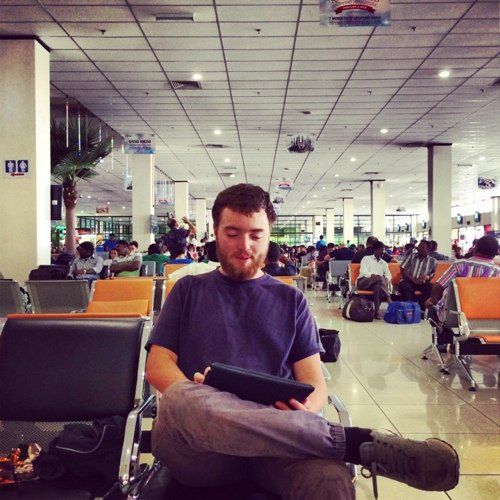 Maker
Dave Sharp July 25, 2016 1:07am
@Cynthialil Awesome comment and question Cynthia. Agree so strongly on the first two points you made. We don't just want artists to take over space for the first time in the building lifespan, we also want to secure the space for art for a long time! Our view on the problem you described, is that the same system that automatically groups the artists, also comes back into play if someone drops out. It's important to have rent stability when you're starting out. The app will create a virtual waitlist of people who want to join a space, and when you have an opening, the app will be ready to assist you by automatically inviting someone into the group to fill the spot. We may develop a way to screen this process, but right now it will at least get someone into the group quickly and keep the building owner in the loop on what's going on in real-time. Can't wait to get your feedback once you're using the app!
Reply Delete Ban & Delete All Report

Maker
Dave Sharp July 25, 2016 1:11am
If anyone has questions about Spacemarket, let me know!
Reply Delete Ban & Delete All Report

Maker
Dave Sharp July 25, 2016 2:27am
@mmalrutz wow Margaret, it's an interesting issue isn't it. We're also wary of the lack of hierarchy in a collective setting, if it results in deadlock and indecision, or some control freak taking over everything and making it inequitable and not fun.

In short, we haven't built anything to guard against these pains, with the exception of the ability to kick nuisance members from the group if they're creating problems for everybody else.

Right now, we have teased out one big vital decision, which is whether to commit rent. We've built the system around that firstly. because our priority is to get people into wasted spaces. A lot of later-stage, case by case decisions aren't baked into the app. We didn't want to build the variability of leasing and building owners conditions and terms into the app because it varies too wildly from building to building, if that's the kind of later-stage decision making you're referring to. We want people to list such a wide variety of spaces without having any experience of the commercial real estate industry, so we haven't developed much of a way to standardise the finer details such as insurance and other big decisions. These will have to happen IRL, and we'll monitor things and change the app as needed to support this process. It seems inelegant right now, but we hope that at this point in the agreement, the app will function as a dedicated communication space between the building owner and the group, at the very least.
Reply Delete Ban & Delete All Report

Maker
Dave Sharp July 25, 2016 3:34pm
@AWill2Go Hi Alexa interesting question. Spacemarket offers the kind of workspaces that are more than just fit for meetings/hotdesks. We have a long history working with artists, makers and retailers, to find them piecemeal and affordable production spaces within the fabric of the city. We want to continue this, so while it is technically possible to list residential space and ordinary hot-desking/breather type space, it isn't what we've designed to support. We prefer people doing big things in strange spaces. We plan to tighten up the copy on our landing page to make it a little bit clearer. I'm not too familiar with Breather, but at a glance, a big part of what we're doing here that's different is that the spaces are listed by their owners in an ad hoc way, then they fill up with people and disappear. It isn't an index of a city's creative spaces. Additionally, where Breather offers space for teams, our model groups communities of creative strangers (currently up to 30 in a single space) to take on a conventional lease for the space on both short and long term agreements, without having known each other beforehand. Hope that brings a bit more nuance for you :)
1
Reply Delete Ban & Delete All Report